You Made Me Live Again – Fingerstyle Guitar

You Made Me Live Again – Fingerstyle Guitar 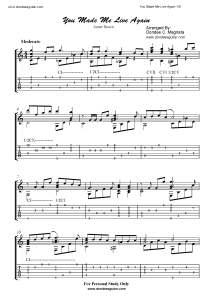 The original key of the song is in the key of D major, but to make the song more playable on the guitar, I created the arrangement in the C major key. Anyway, for those of you who would like to try the arrangement on D major, you just put a capo on the second fret and play the song according to my arrangement.

With regards to Capo, and for those of you who are new to guitar, capo is a guitar tool to help the player to play a certain key or chord while playing it on basic chord.

To mention an example, when you want to play D Major chord in the form of C Major chord, then you just have to put capo on the second fret and finger the usual C major chord.

Furthermore and with regards to this arrangement, I think the challenging part is the intro; wherein you have to play full barre on the 7th, 6th, and 5th fret.

Then you have to shift to a half barre on the 10th fret.

Anyway, give this one a try. Listen to the audio first then play it according on your own style.

Thank you for visiting my website and I hope you will enjoy this OPM song You Made Me Live Again Fingerstyle Guitar by Janet Basco. You can get below your copy of the complete transcriptions with tabs and notations with the video sheet music. 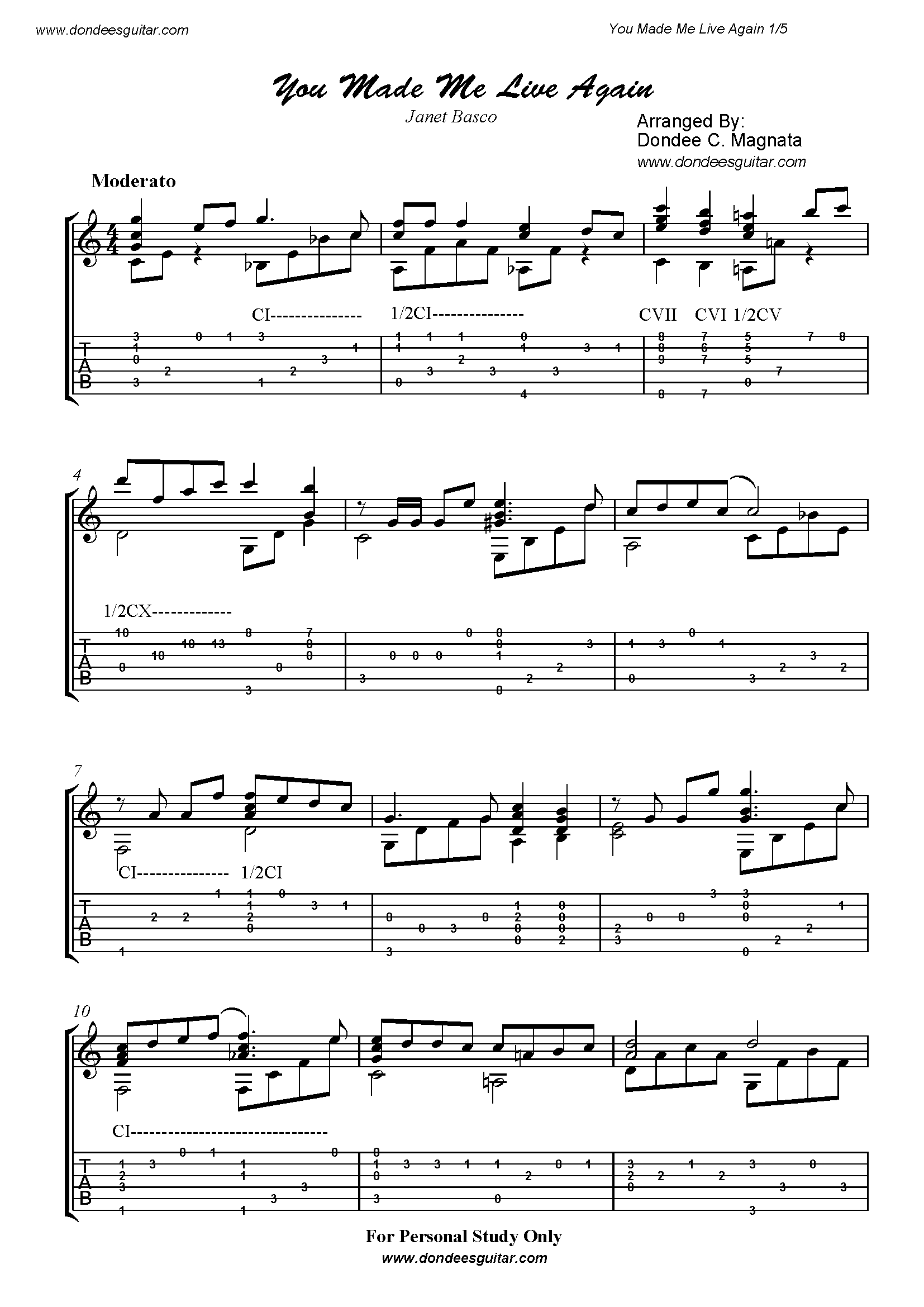 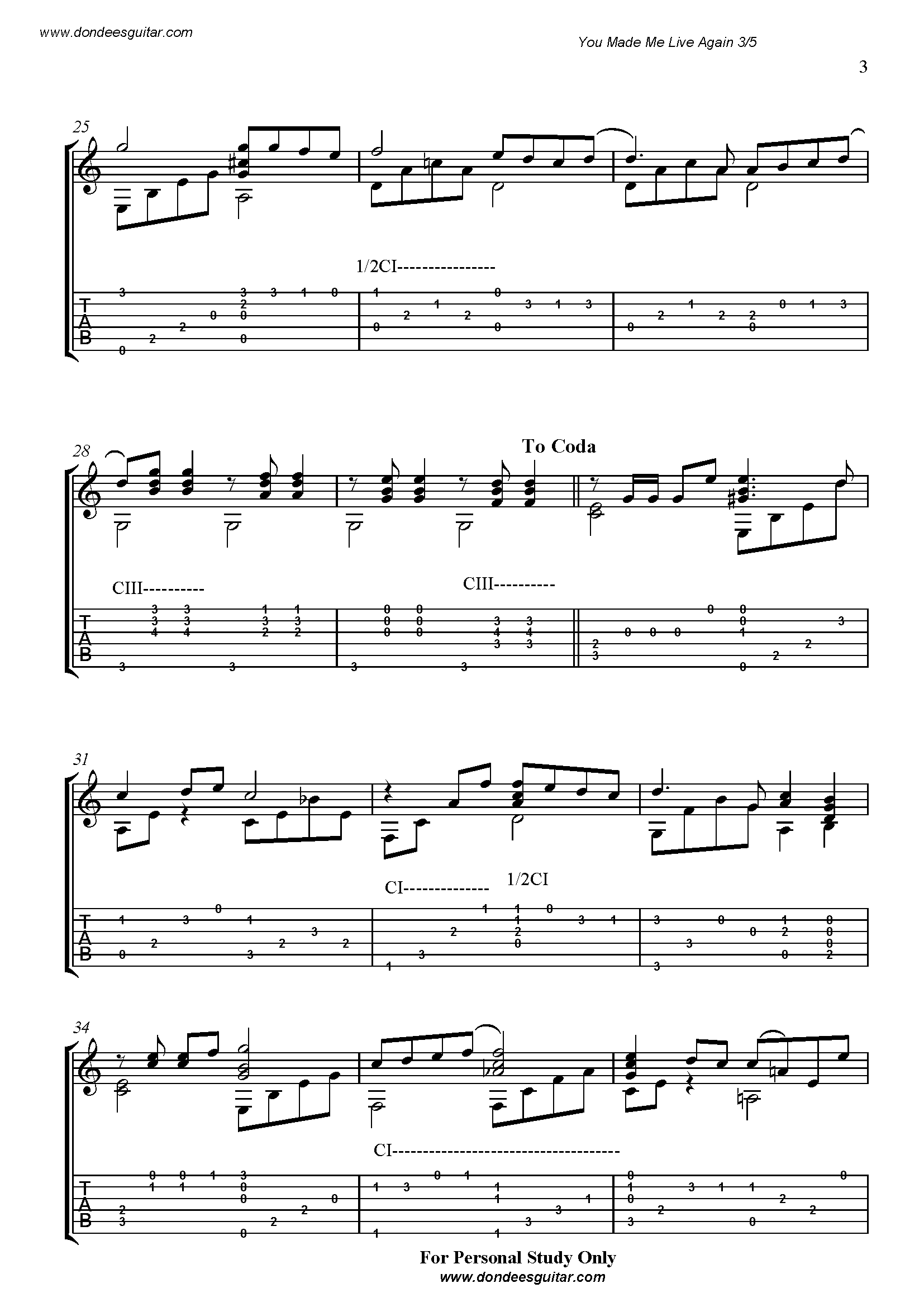 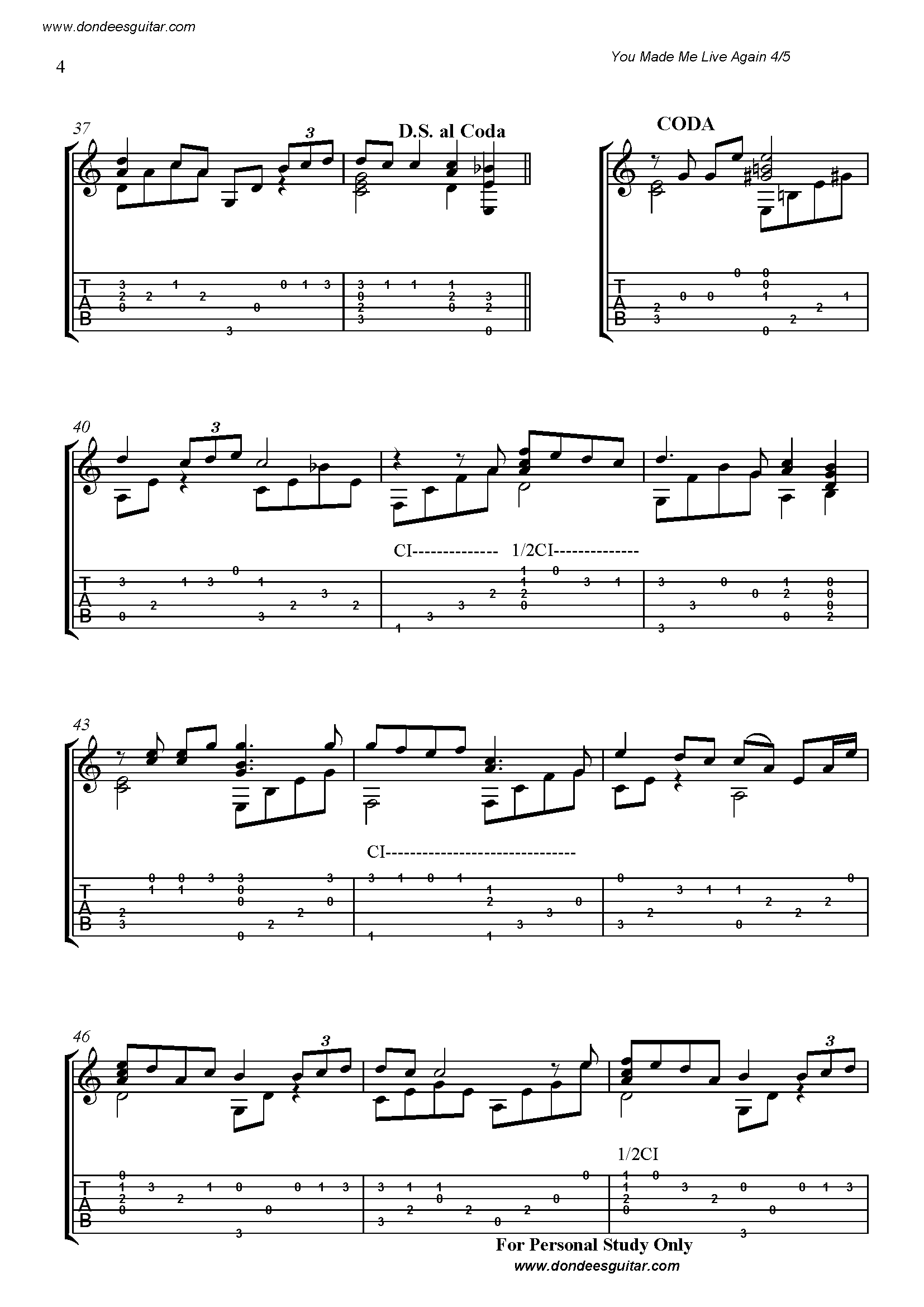 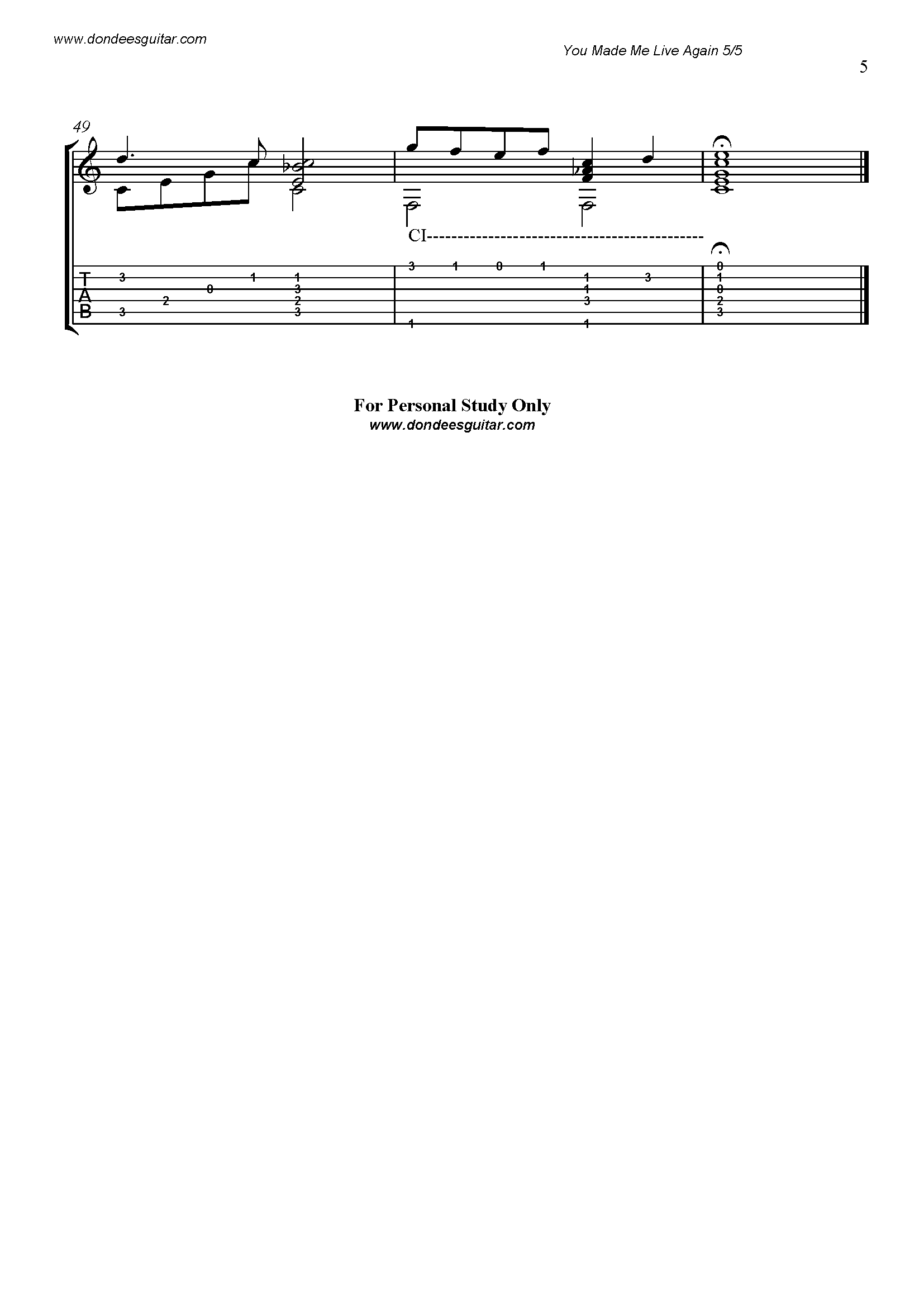