You Are Not Alone – Fingerstyle Guitar

Home/Familliar Songs, Oldies but Goodies/You Are Not Alone – Fingerstyle Guitar
Previous Next

You Are Not Alone – Fingerstyle Guitar 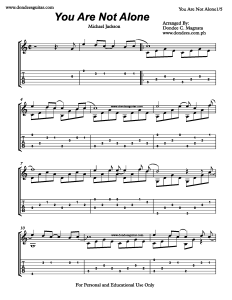 Guitar Arrangement: You Are Not Alone Fingerstyle Tabs
The song “You Are Not Alone” is written by R. Kelly and produced by Michael Jackson. It was originally released by Jackson in the album HIStory but later on covered by Kelly himself in his 10th solo studio album titled Love Letter.

The song is about love and isolation which R. Kelly inspired from his personal event in his life. When R. Kelly finished composing the song, he thought that it would be better to share his work with his idol Michael Jackson. So he then presented the tape demo with his rendition while mimicking Jackson’s singing style.

Jackson easily liked the song but listened to it twice before giving the final decision. They eventually worked together and finished the song in a studio during the last week of November 1994. The song received positive feedback from music critics and become a popular hit during its time.

You Are Not Alone received nominations from Grammy and American Music Award. Due to its popularity, the song holds a Guinness World Record as the first song in the 37-year history of the Billboard Hot 100 to debut at number one. (Source: Wikipedia)

Thank you for visiting my website and I hope you will enjoy this You Are Not Alone Fingerstyle Tabs by Michael Jackson. You can get below your copy of the complete transcriptions with tabs and notations with the video sheet music. 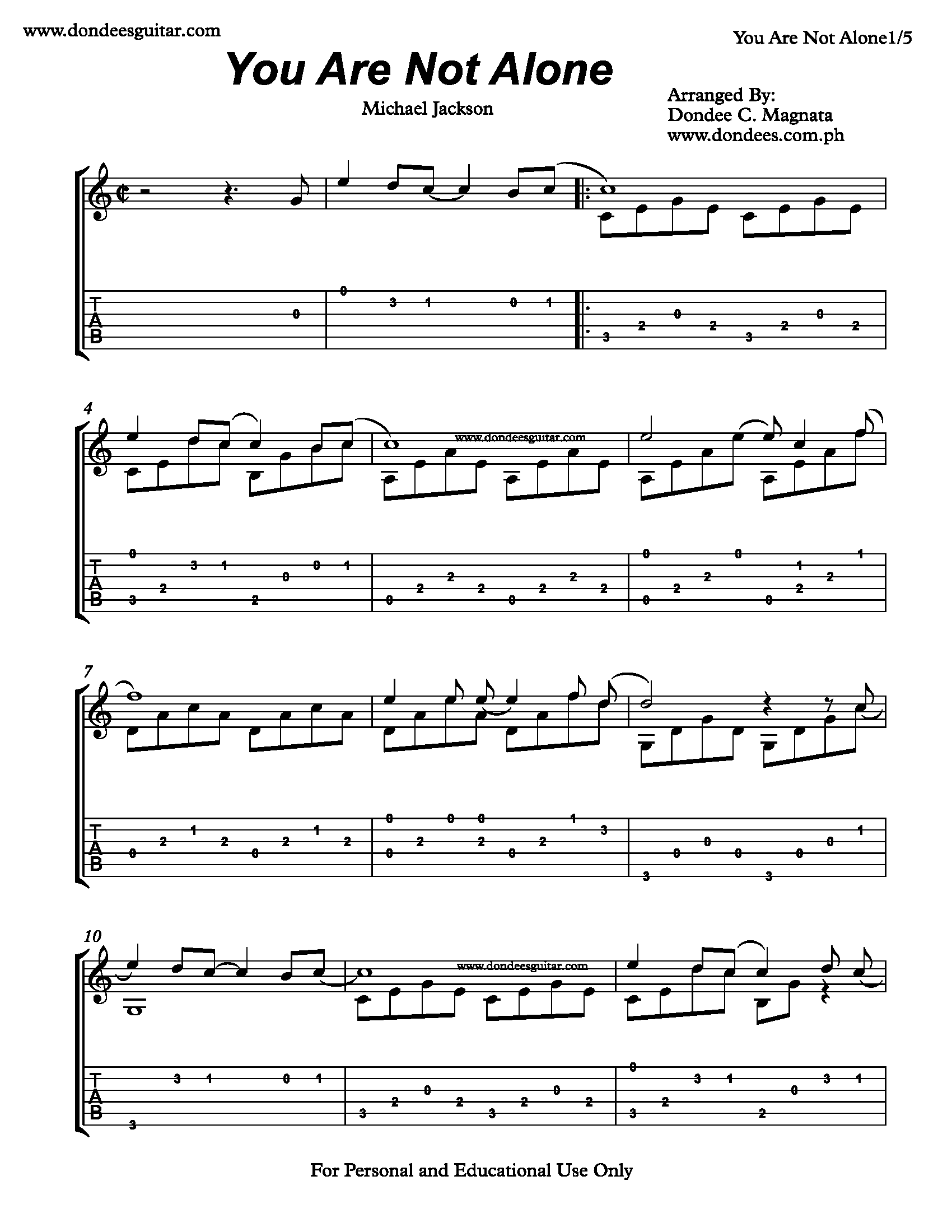 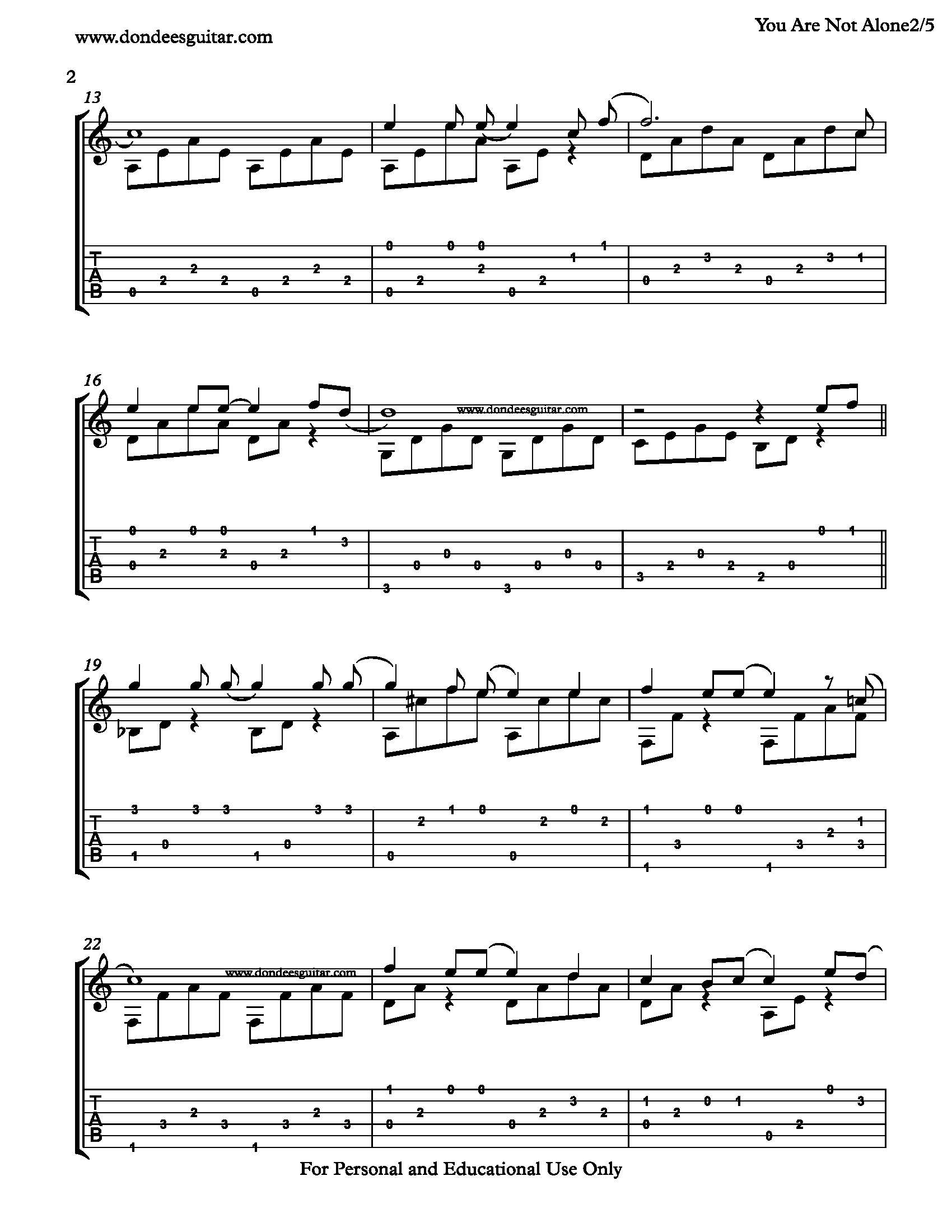 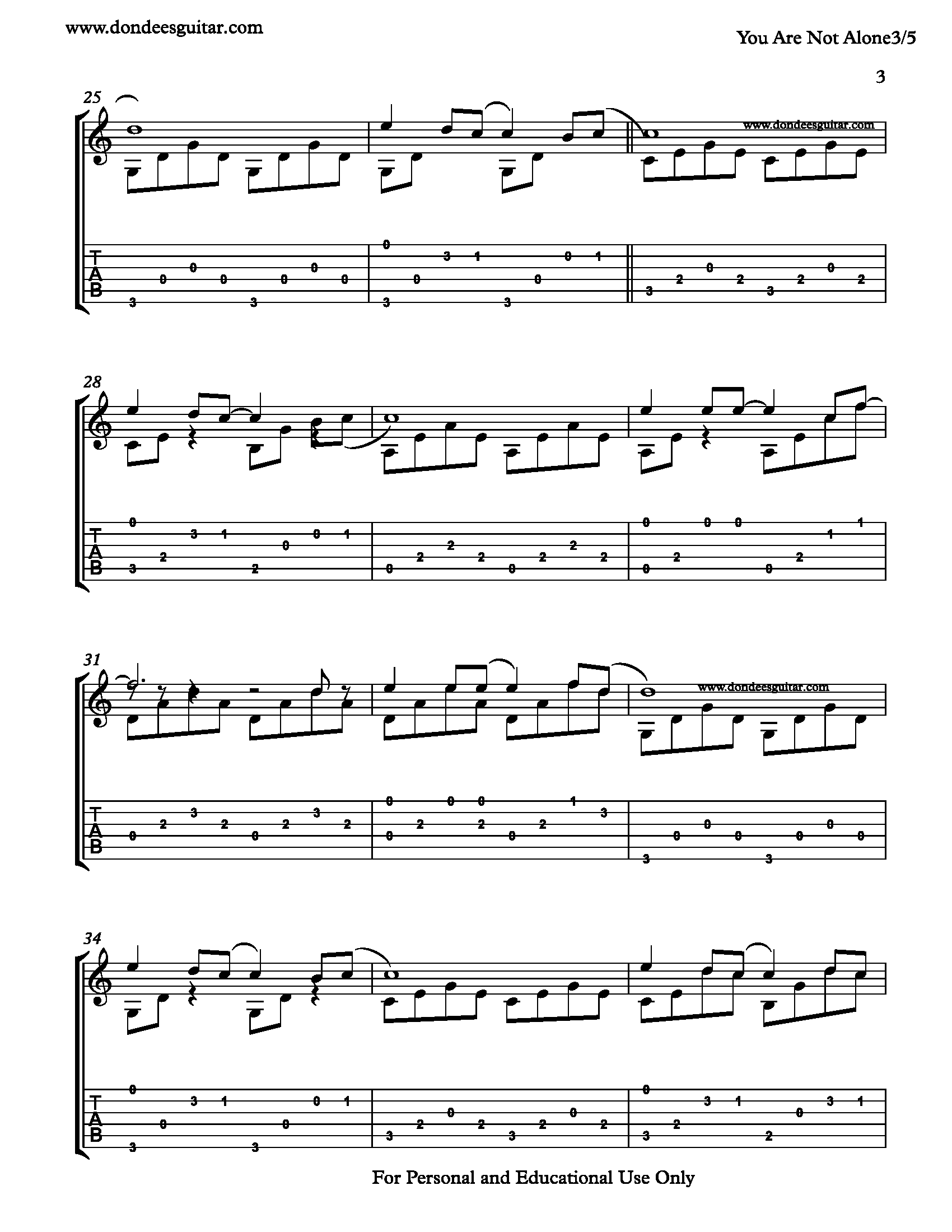 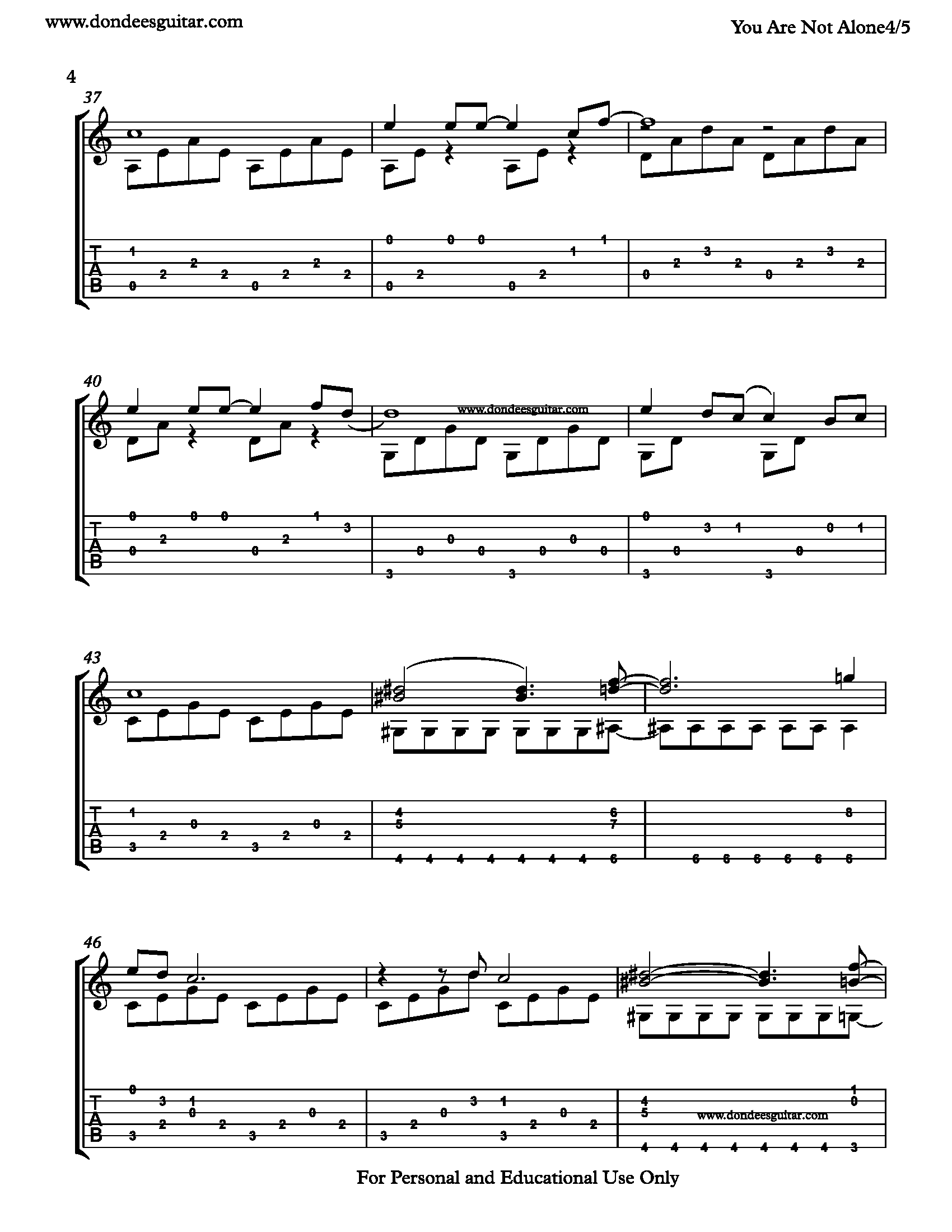 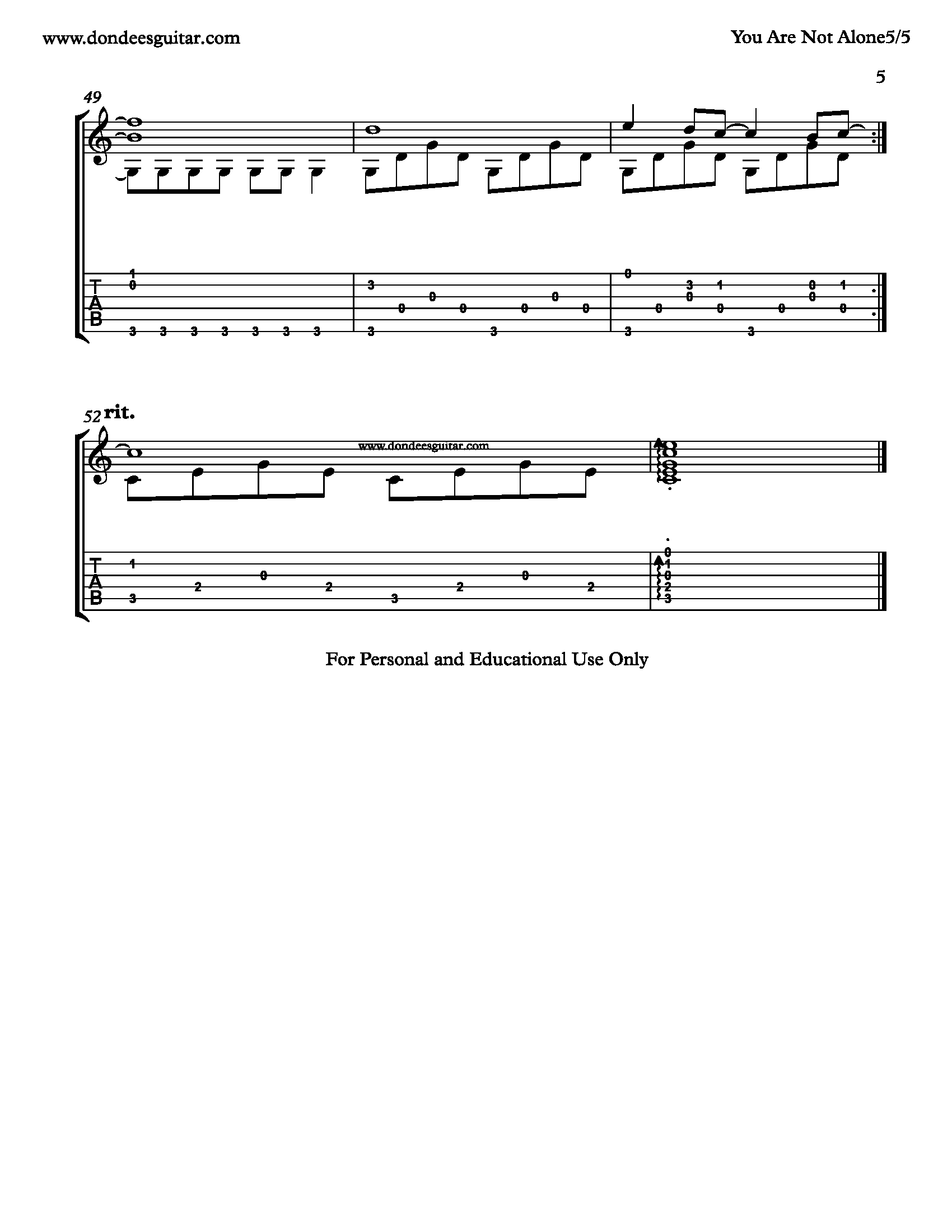