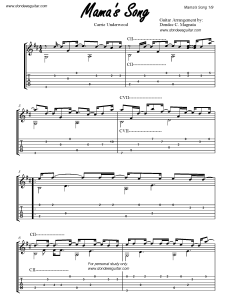 Guitar Arrangmeent: Mama’s Song Fingerstyle Tabs
Carrie Underwood became prominent when she won the 4th season of American Idol in 2005. Since then, she  recorded several songs, mostly country music, and made the way to top on music lists. She also won several music awards including 6 Grammy Awards and 16 Billboard Music Award. Among of her song that made on list is “Mama’s Song”, a song that is written for a bride telling her mother how happy she is to be married.

Mama, you taught me to do the right things
So now you have to let your baby fly
You’ve given me everything that I will need
To make it through this crazy thing called life

This guitar arrangement of Carrie Underwood’s Mama’s Song is a request from my youtube subscriber. She emailed me once and asked me if I could arrange the song so she can play it on her sister’s wedding.

This arrangement is based on the songs original key which is D major. This is an easy arrangement but since Mama’s Song is a country-styled song, you have to prepare yor guitar playing on several 16th note or semiquaver.

Sixteenth note or semiquaver, and from the name itself, is played half the duration of the 8th note. So that means that the playing is faster compared to the regular note that you have in the sheet music.

You can get below your copy of the complete transcriptions with tabs and notations of Mama’s Song Fingerstyle Tabs. I hope you’ll like this arrangement. Thank you for visiting. 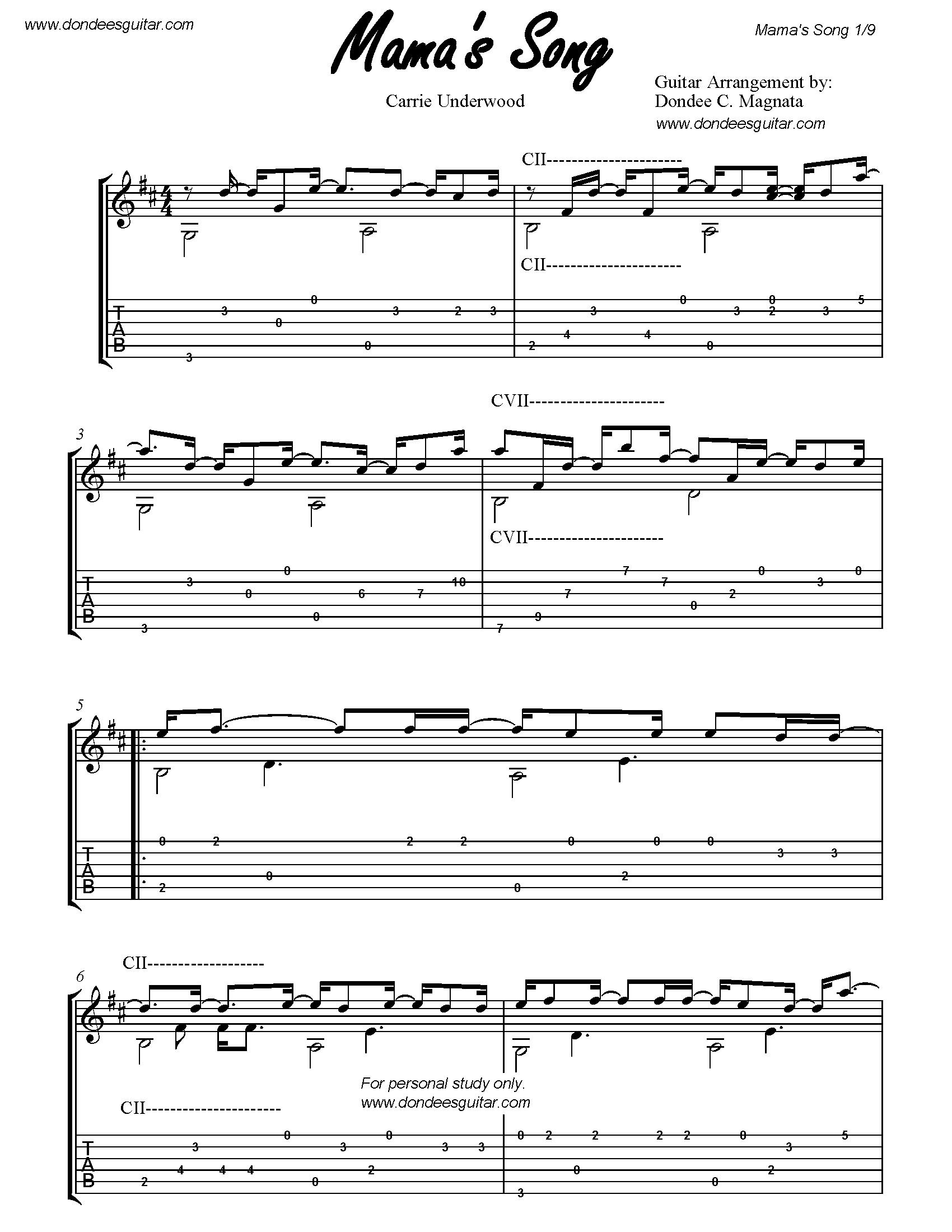 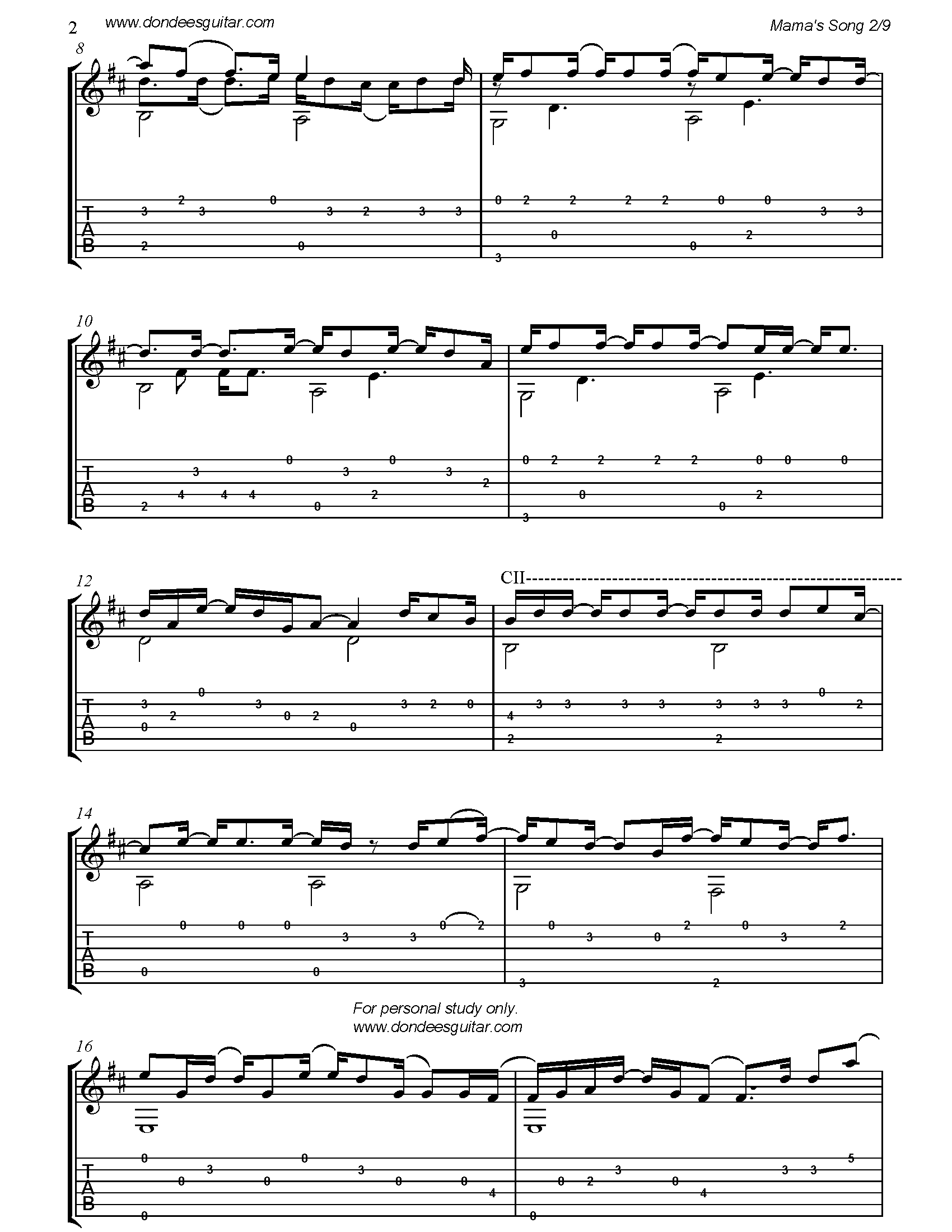 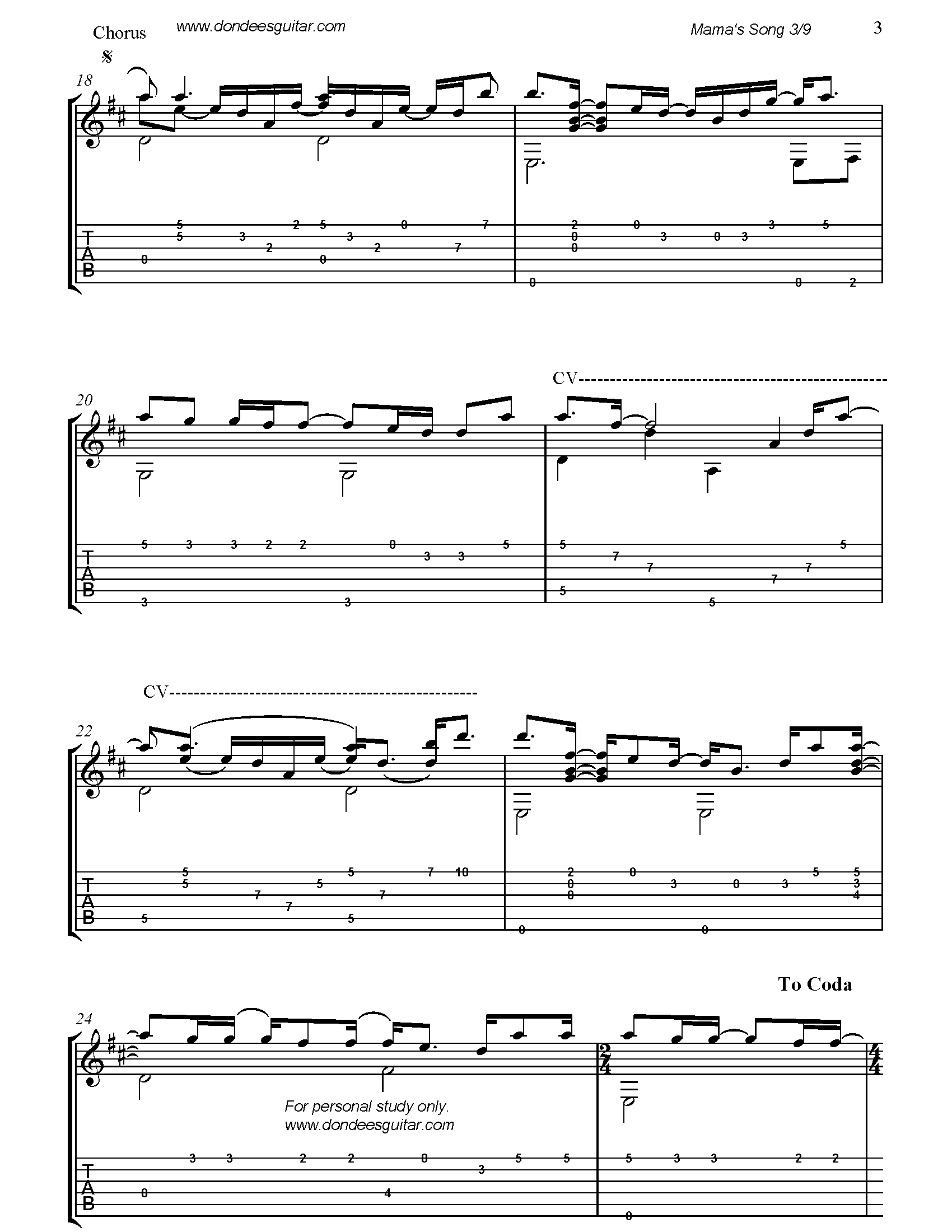 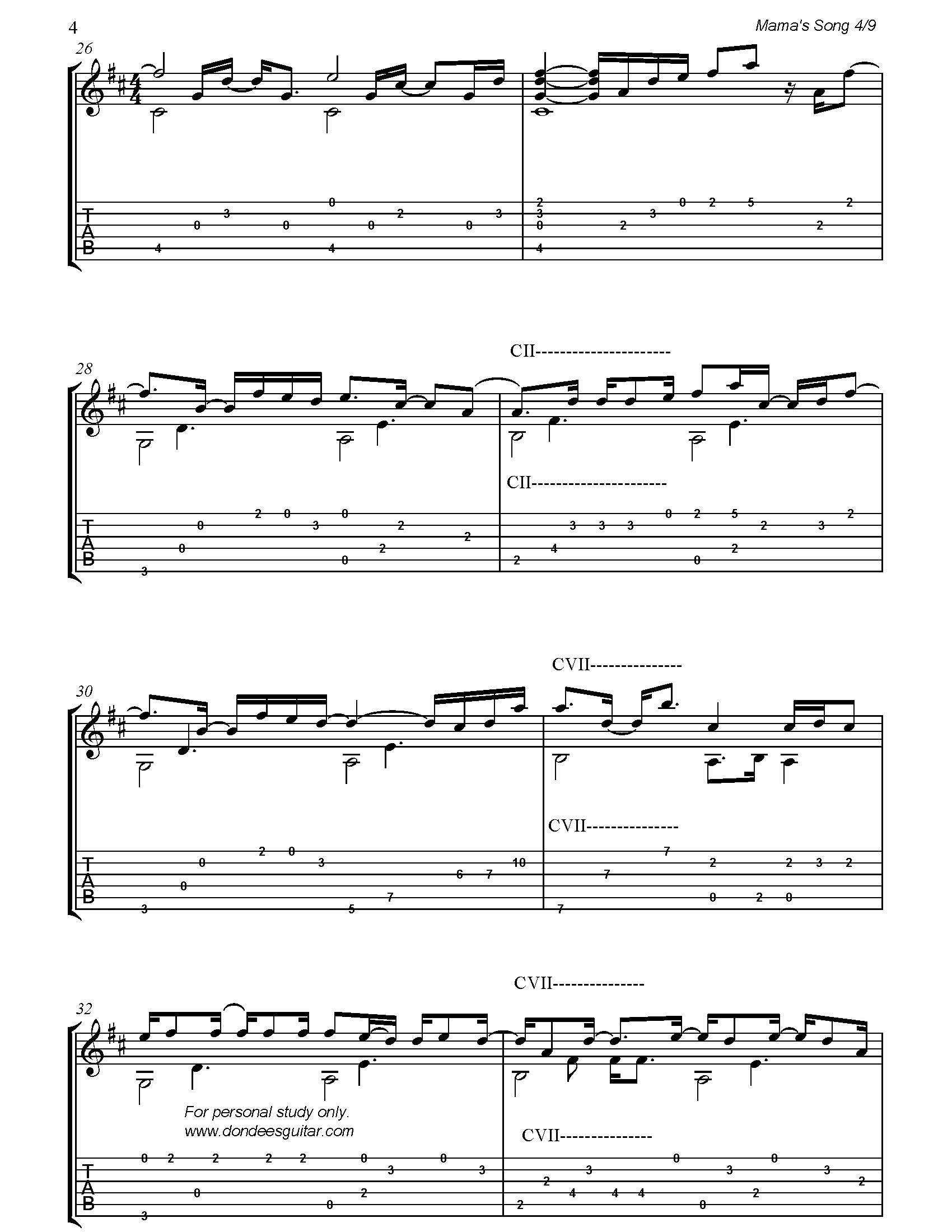 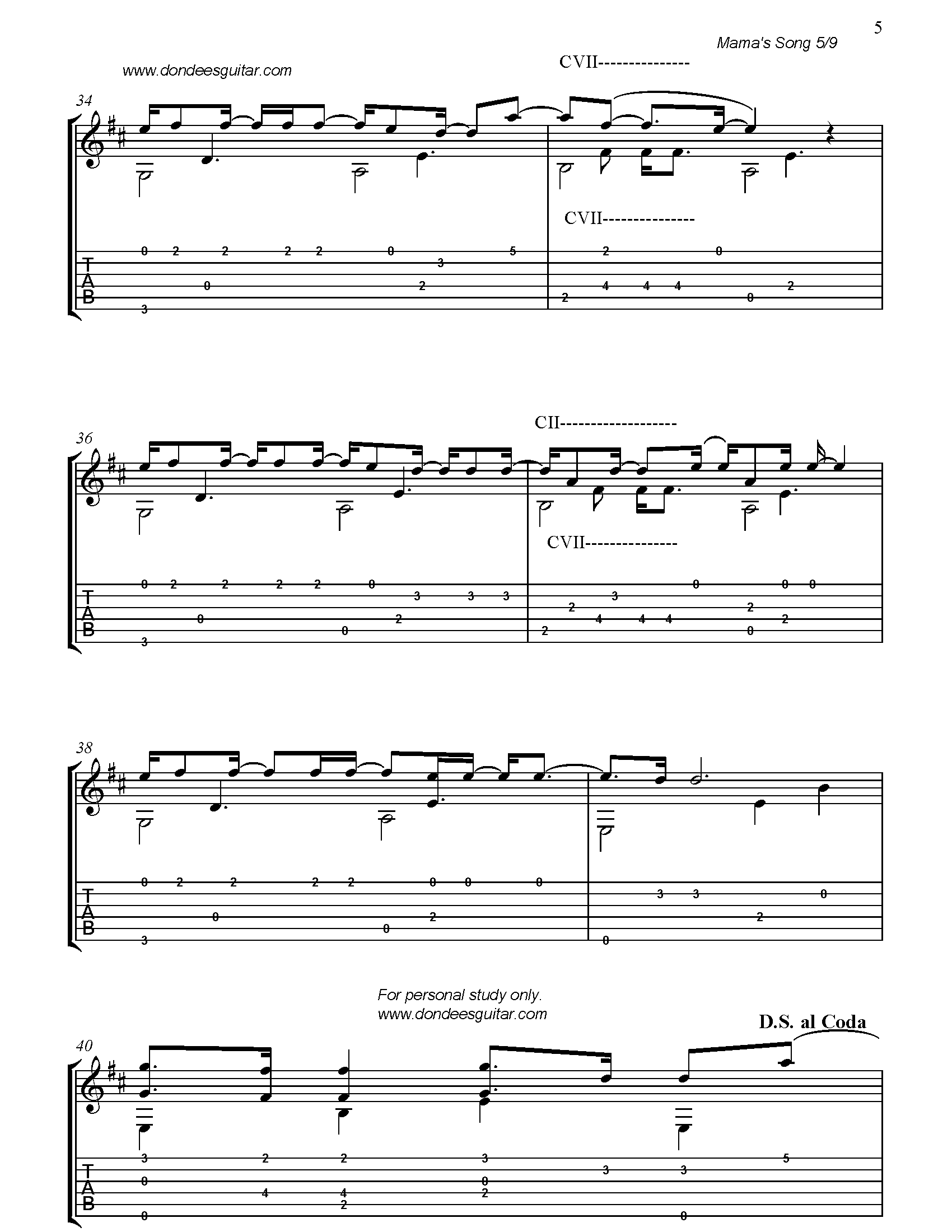 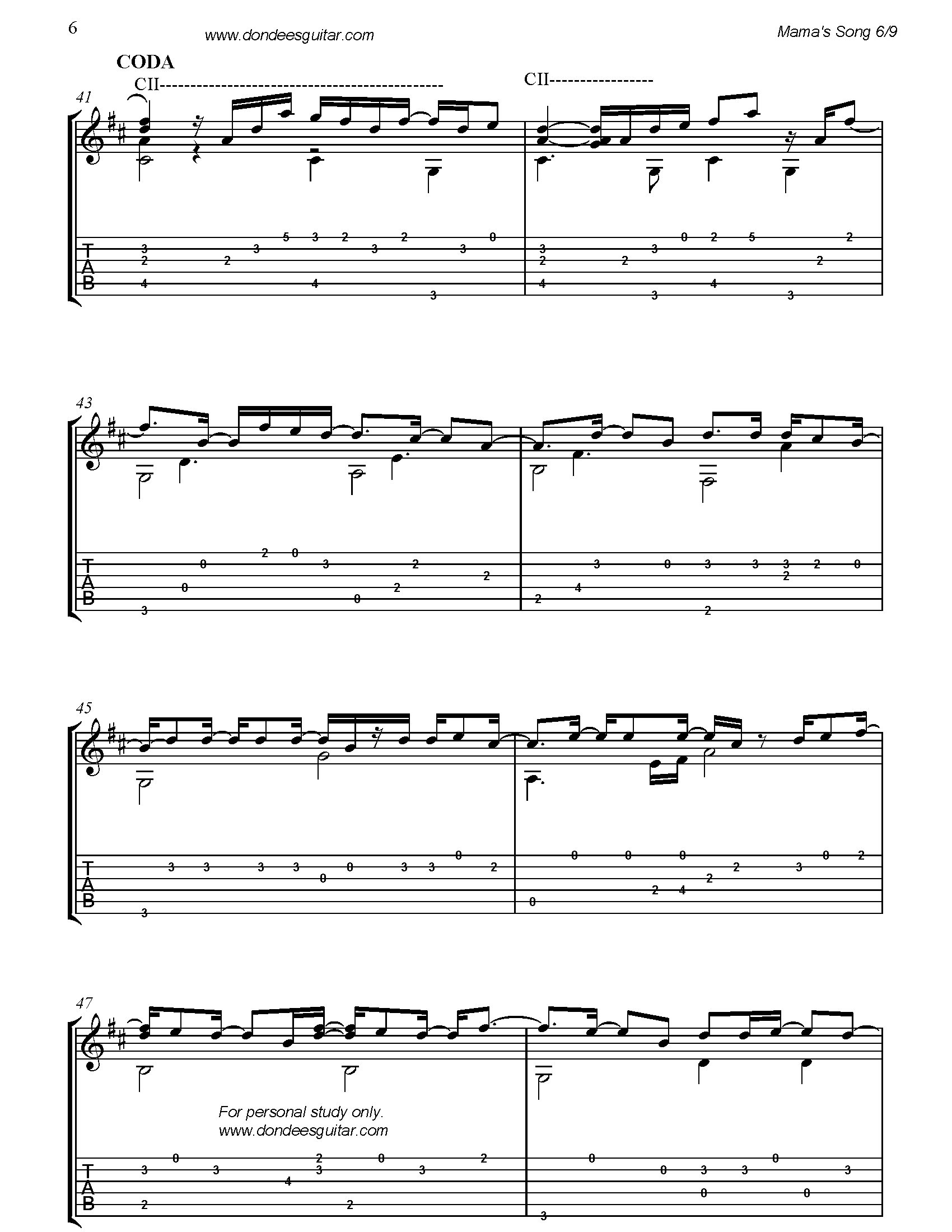 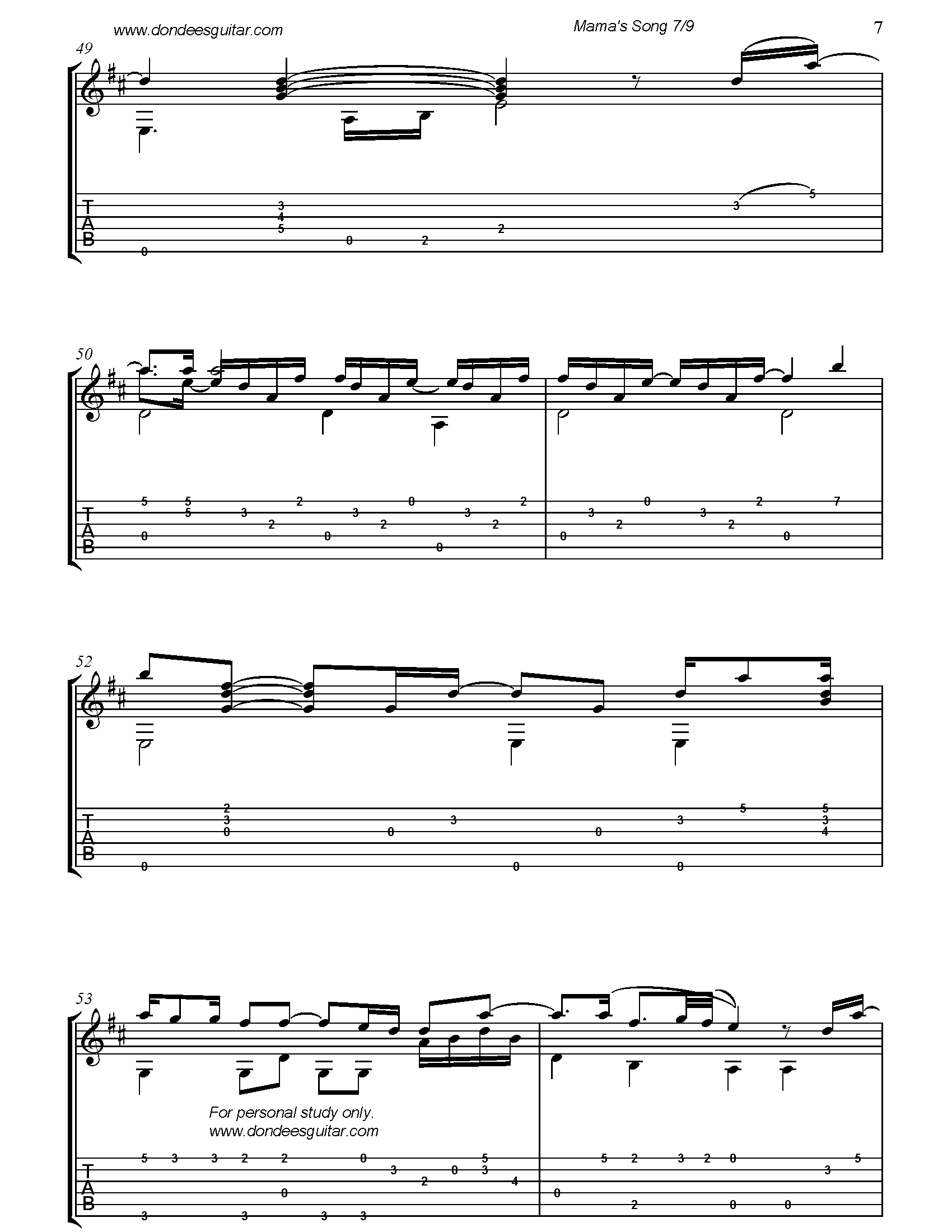 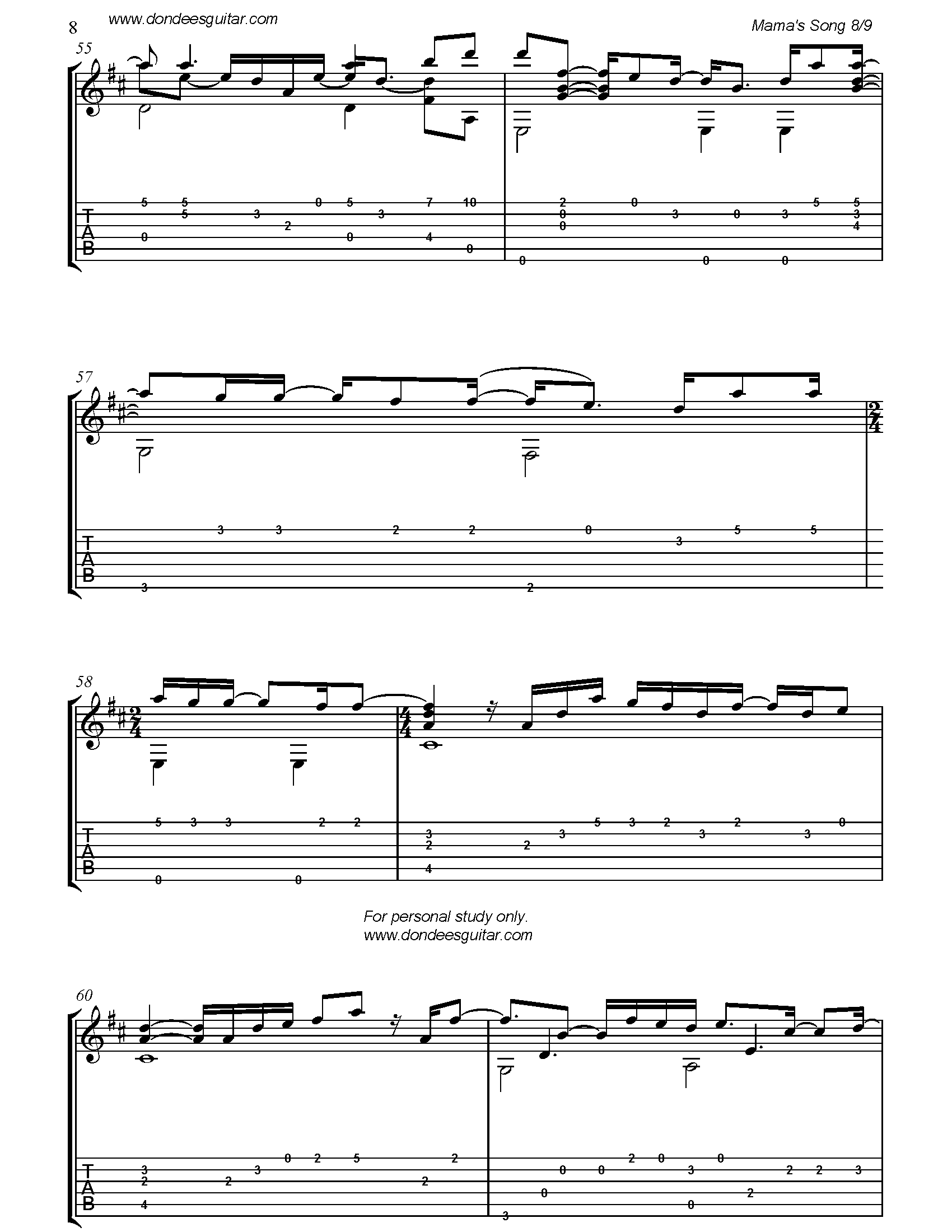 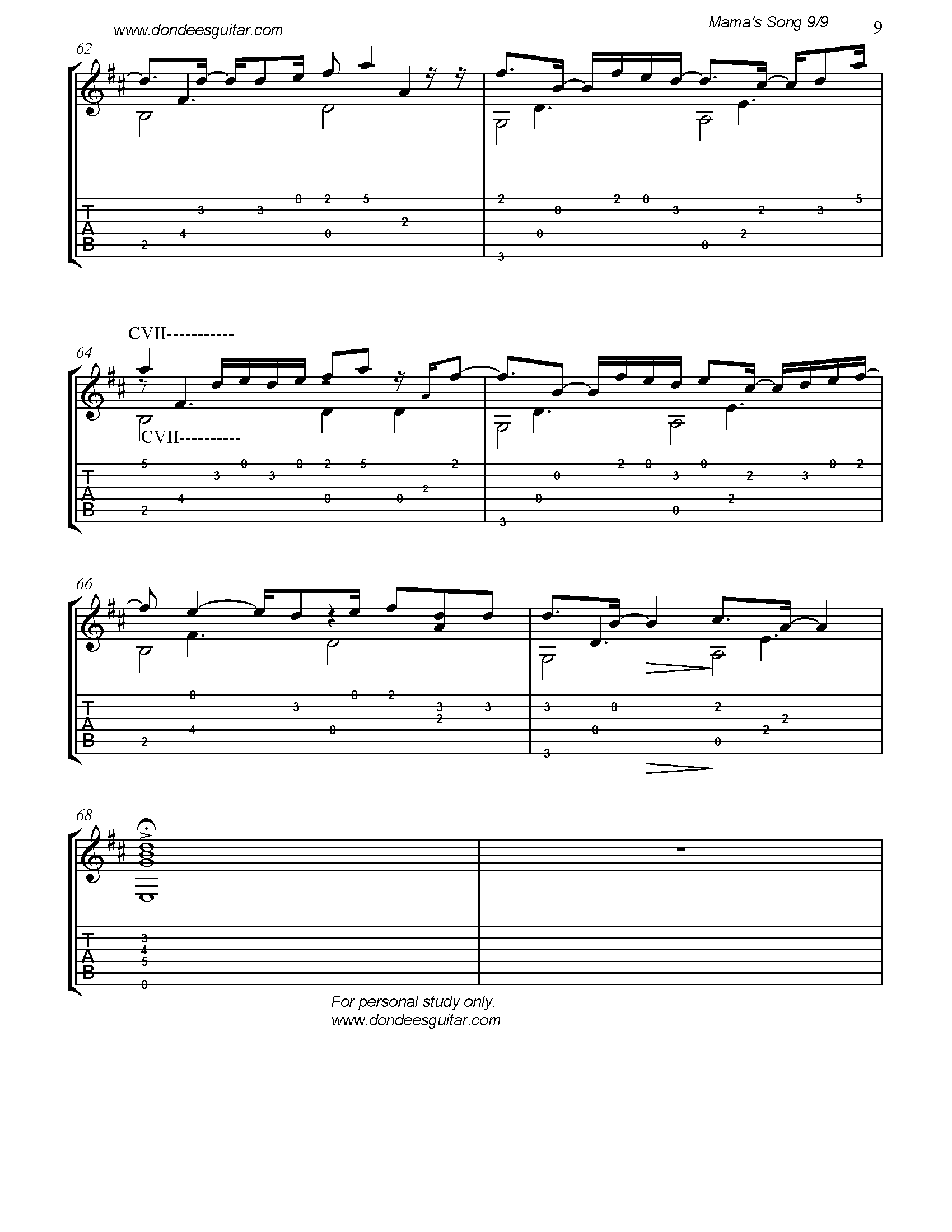