All That I Need – Fingerstyle Guitar

All That I Need – Fingerstyle Guitar 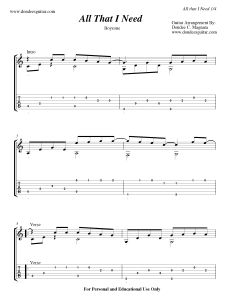 Arrangement: All That I Need Fingerstyle Tabs
One of the most successful boyband in the 90s is the Irish all-male band Boyzone. The band has produced chart topping songs and performed great covers of popular songs like Father and Son by Cat Steven. To follow the success of the group Take That, Louis Walsh who’s also the manager of Westlife formed Boyzone in 1993

The group released their third studio album Where We Belong in 1998. The album was a great success that sold million copies worldwide. The album also showed the song writing abilities of the group as they wrote most of the songs included in the album. One of the successful songs in Where We Belong is the song “All That I Need”.

All That I Need is the third single in the album Where We Belong. The song received positive feedback from music critics and even reached the number 1 spot in the UK Charts during 1998. All That I Need will always be one of the most memorable songs of the 90s and will always be remembered as Boyzone’s signature hit.

All That I Need – Fingerstyle Guitar Arrangement 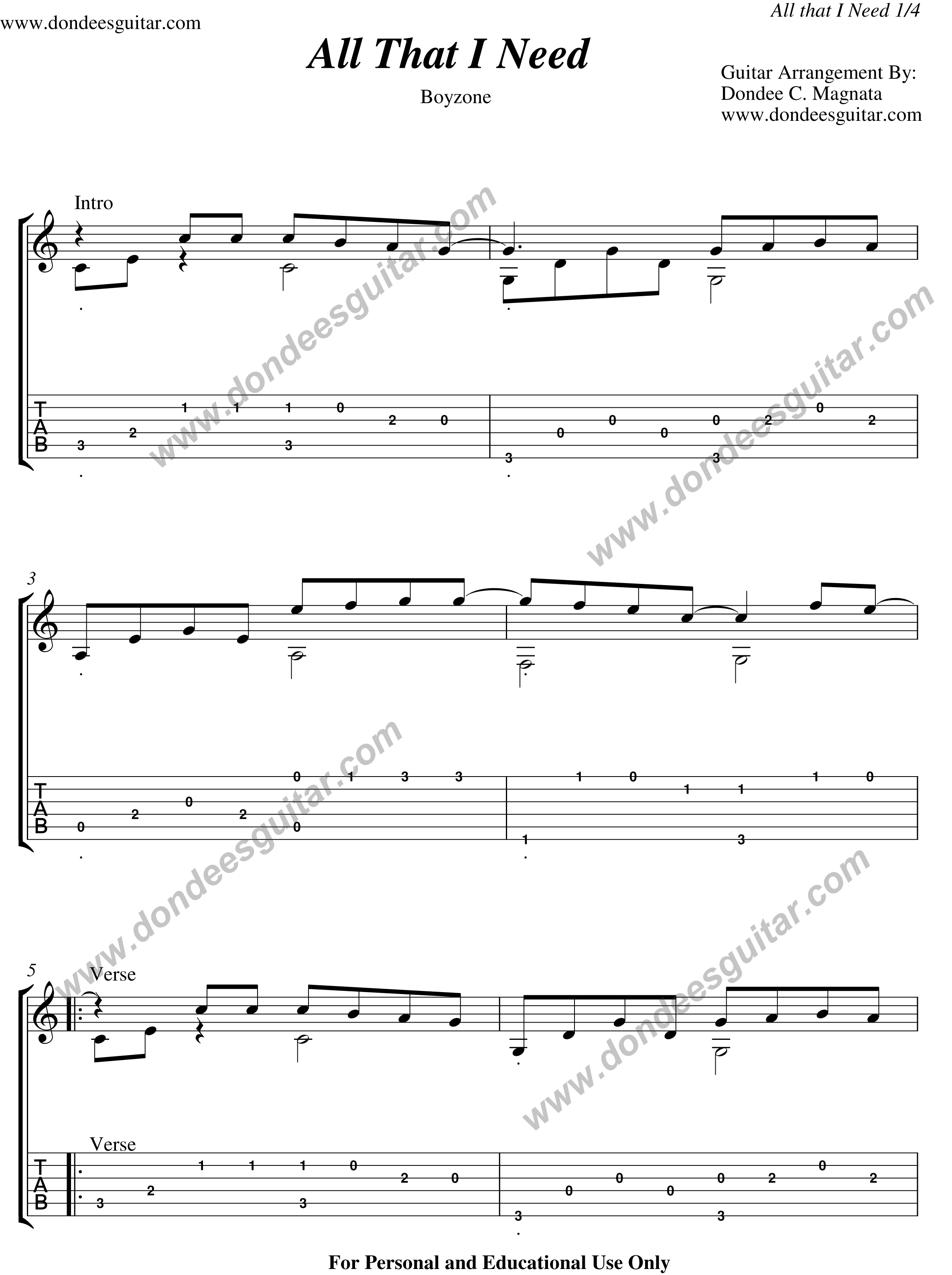 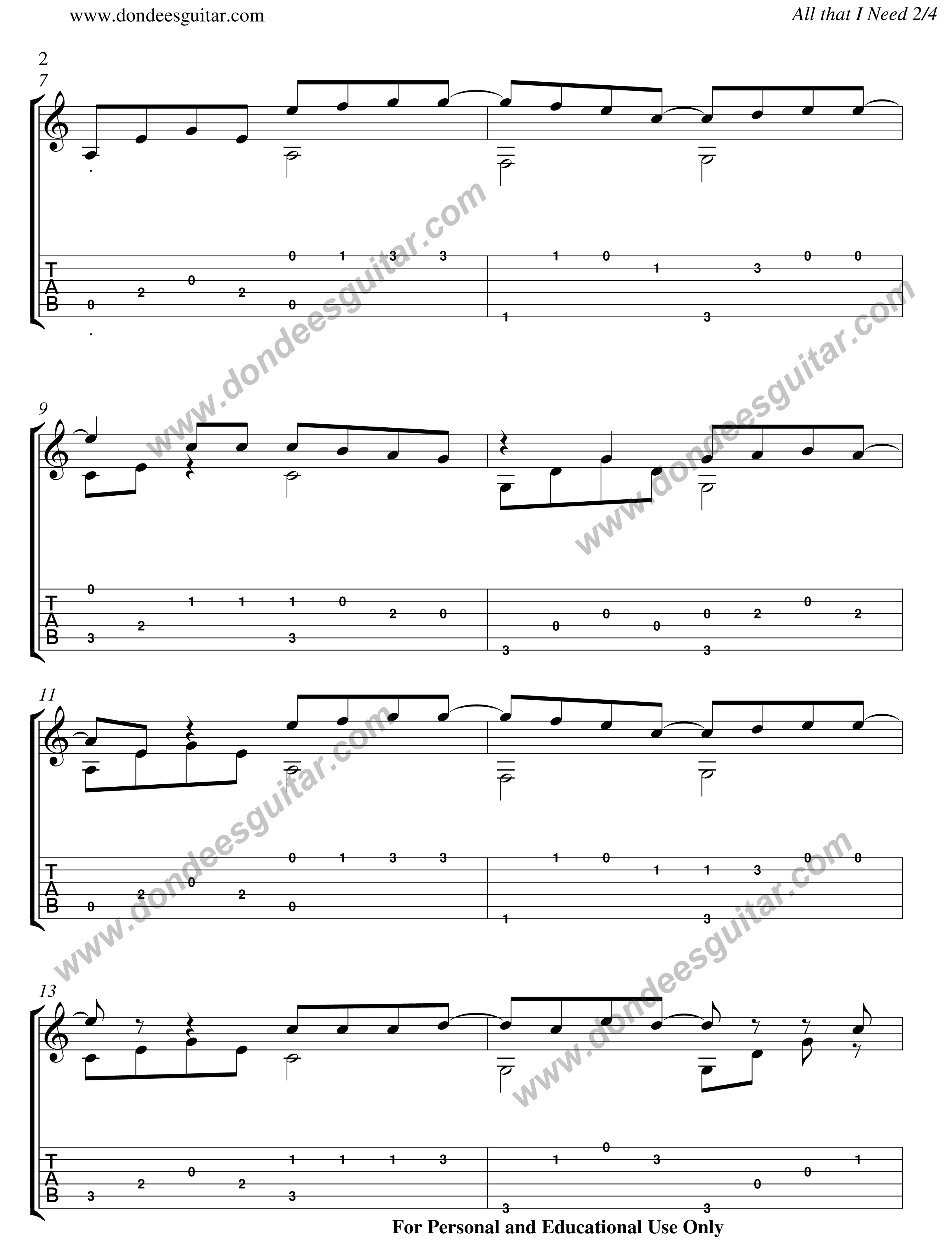 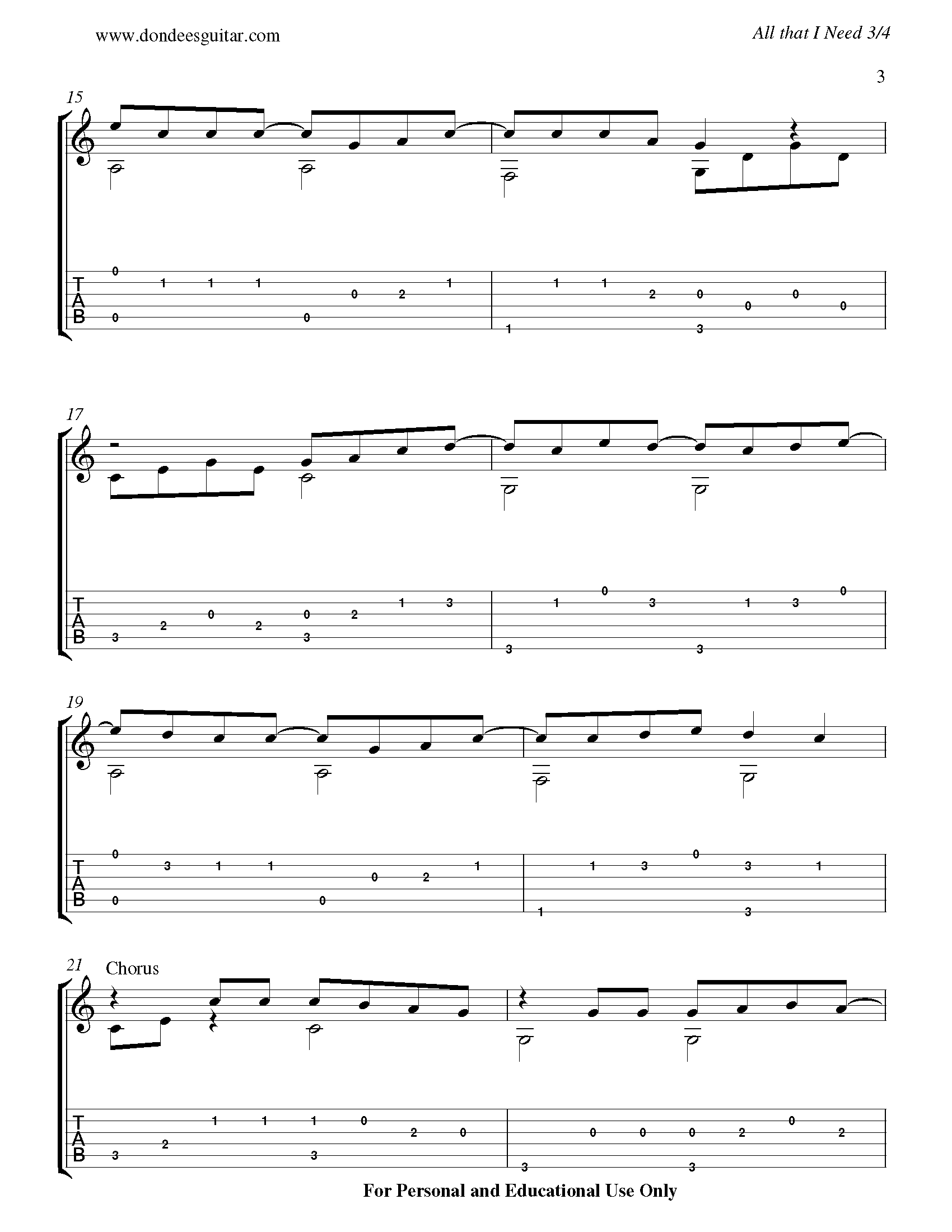 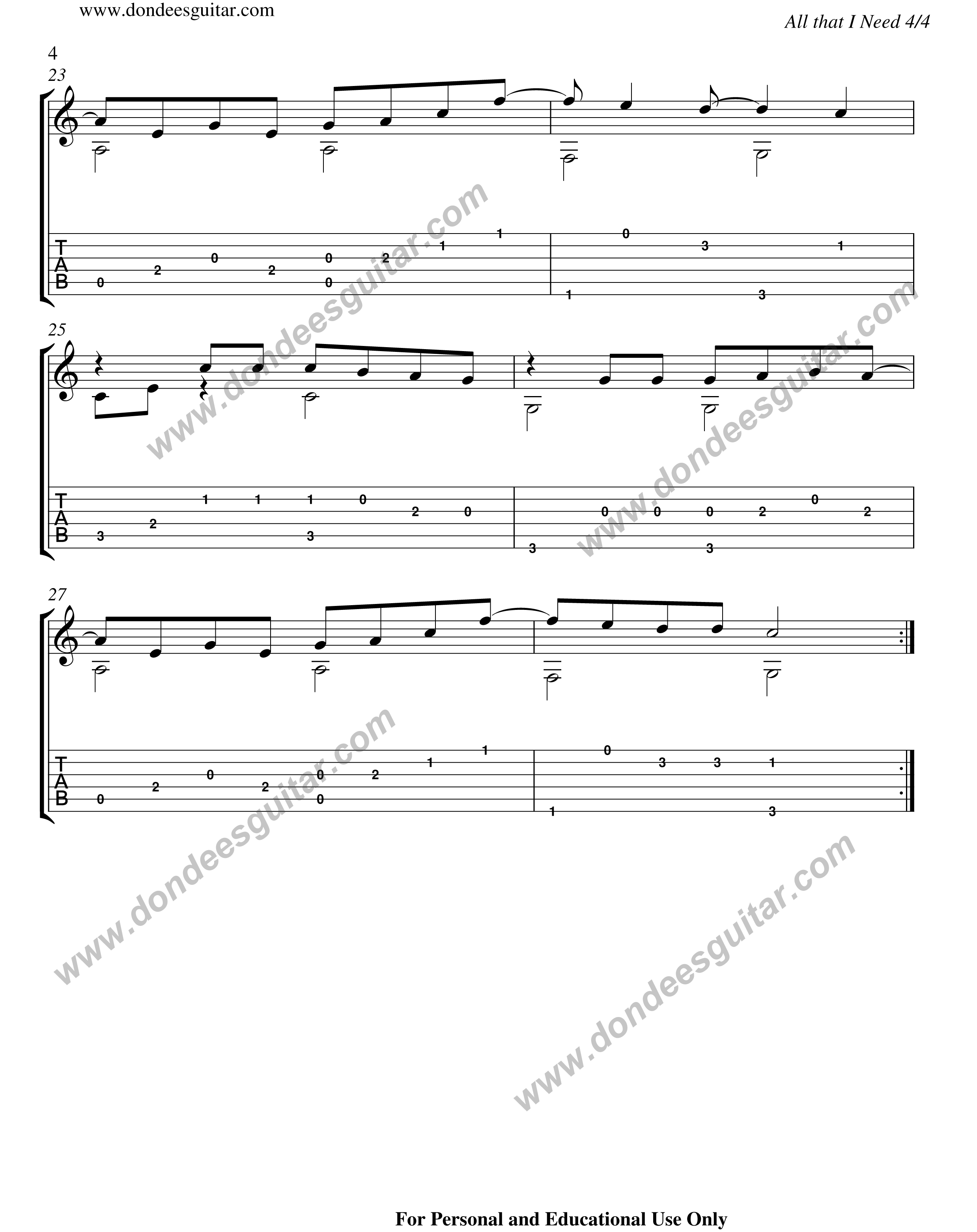